COVID-19 Notice: We would like to reassure our clients that Beechwood remains open for face to face and telephone support.  We have measures in place at the Centre to ensure the safety of our clients and team. If you, or someone you know, requires support due to diagnosis or bereavement please contact the Centre on 0161 476 0384.

Tales From Our Past 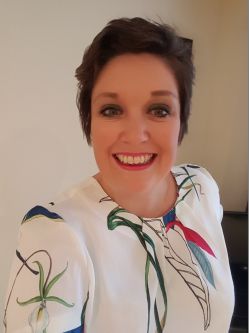 I will never forget that day in July 2014 when I took the call in an open office and I heard the word Hodgkin’s disease.  “Your life is going to change substantially and you will require a lot of chemotherapy and won’t be able to work, but it is curable!”

The two weeks before this call, I had been into hospital with a swelling that moved about on my neck, I had some lymph node things removed and this plus various other unsolved medical challenges ultimately led to me being diagnosed with Hodgkin’s Lymphoma (Blood Cancer).

Within seven days I had stopped work, lost my independence, checked into hospital for a 5 night stay and life as it was then changed, possibly forever.

We quickly settled into a chemotherapy routine at Salford Royal and over the next 6 months.  Initially I naively felt a bit of a fraud being off work, as the chemo side effects were not as bad as I expected!

After 6 months treatment I was the proud owner of a beautiful wig, a bald head and several extra stones in weight, whoever said cancer was good for weight loss, lied!  It also makes dating and living rather challenging at times.

In early 2015 I found the Beachwood and will never forget the warm welcome and great camaraderie that I found completing my first programme.  It was during this time, that I found out that my initial treatment had been unsuccessful.By now I was 34 still with cancer, single, overweight, infertile and with the added stress of worrying how to pay my mortgage.  This is not something anyone ever dreams about!  The encouragement, support, care and coping strategies I was shown helped tremendously and the friendships I have developed during the two programmes will last a lifetime.  A safe haven, to talk honestly, with laughter and fun along the way.

In 2015 I received further chemotherapy and an autologous stem cell transplant at the Christie, to get me to remission and in October 2015 I am pleased to say I received another call telling me the cancer had gone!

Remission is not the end like those who live outside of this world sometimes believe.  I am one of the lucky ones; I am here to tell my story.  Readjusting back into life is hard;   the physical act of going back to work took me 6 months to full time and a year on the fight still continues.  You learn who your real friends are and sadly I have had some eye openers here but they just make you stronger.  I am determined to achieve and map out a new future, perhaps not the one I initially dreamt of, but the right one for me.